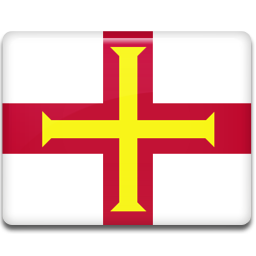 10% Discount only on purchases of over £100.00 in a single transaction. Applies to in-store purchases only. Offer can be used once per month as part of your Bailiwick Premium Membership. Once used the voucher will be void until the following month. When a new month begins your offer will be available again for use.
Claim offer

Opened in 2017 Vinyl Vaughan's Record Boutique is Guernsey's only independent record store. It has been some six years since the demise of Number Nineteen and with the increase in interest for the vinyl format over the past two years, an alternative record buying experience like this was needed locally. One customer described it as "cool, it's just like waking up in 1983" which sums it up. "A musical journey in every groove".
The shop has evolved from opening as a pop-up charity shop last December with stock leftover from the annual Blanchelande record fair, to a brand new store. We are supporting Headway, Guernsey Motor Neurone and Vale Earth by continuing to raise funds, but in a much better environment. There is a seating area with coffee on tap alongside the largest stock of collectable records, CDs and music memorabilia enabling the collector many happy hours of browsing.
New stock plays a large part as we work alongside several wholesalers in the UK. The shop has joined the Music Retailers Association and a major coup is being a member of Record Store Day 2017. Major record companies promote limited edition vinyl to select independent record shops, of which Vinyl Vaughan is one. While it was a bit touch and go with the deadline we got there. This years RSD is 22nd April.

Vinyl Vaughan is also an official agent for all London West End Shows and major events.
Supporting the local music scene is also something that the store is keen to promote; we look forward to live acoustic sets in the shop on Saturday afternoons and are only too willing to have in-store album launches, signings and tickets for local gigs. Any budding musician wanting to play is asked to contact the shop.
We have a vast range of music knowledge and are able to order any record you'd like! We also offer a free record valuation service. Has your record collection been sat up in the loft for many years? Contact the shop and we will be able to sell your unwanted record collection on your behalf.
None of this would have been possible if it was not for the voluntary support of Rob Roussel, Nigel Baudains and Nigel Chescoe as well as my wife Gina. I would also like to thank the band of volunteers who help on a weekly basis.
It's been a lifetime dream of mine to own a record shop. My stroke 16 months ago although devastating made me step back and look at life from a different perspective; whilst I am left with a disability I am very fortunate to be able to fulfill my dream.
+44 (0) 7781 124828
vaughan.davies@cwgsy.net
https://www.vinylvaughan.com
Get directions